Halloween arrived on Wall Street earlier than usual this year. After months of gushing over strong U.S. growth and dismissing trade tension and overseas weakness, investors were suddenly spooked by the 10-year U.S. Treasury yield climbing above 3.2% in early October. Bears warned that the Fed’s tightening will soon choke off the economic expansion. Cyclical stocks and prior market favorites such as the FAANG stocks dropped precipitously while defensive sectors – utilities, staples, REITs, etc. – materially outperformed. Overseas equity markets were hit by various issues from China’s decelerating growth, Italy’s budget impasse, to the stalled Brexit negotiations. The International Monetary Fund (IMF) marked down its global growth forecast. The Saudi’s horrific murder of journalist Jamal Khashoggi further raised geopolitical tensions that already included the U.S. sanctions against Iran and Trump’s increasingly hawkish stance on China. Yet crude oil prices moved lower as the narrative moved from supply shortage to softening demand. Base metal prices held up relatively well, a positive signal on China’s reflation. On the corporate earnings front, more than 80% of earnings reports exceeded estimates, but a few bellwethers failed to live up to elevated expectations. The culprits included weaker overseas sales (softer emerging market demand and the stronger U.S. dollar) and rising raw material costs (who said tariffs are great?). Some tech stocks were also hit with the U.K. government’s proposed 2% tax on digital service revenues rather than profits. Interestingly, main streets were not as worried as consumer confidence hit an 18-year high. In an environment of elevated investor anxiety, safe havens such as the U.S. dollar, the yen, and gold rallied. U.S. Treasury yields also declined from recent highs as investors started to price in fewer rate hikes in 2019. While we respect the wisdom of the crowds and the more cautious signal from the market sell-off, we believe that, based on analysis of the current and past cycles, the odds of this selloff being the start of a prolonged bear market remain low. However, the sell-off is a reminder of the importance of having a diversified portfolio.

In the spring of 1942, a few months after the U.S. declared war on the Axis Powers, the Federal Reserve formally committed to a policy of interest rate controls to help the U.S. government with cheaper debt financing. The short-term Treasury bill rate was kept at 0.375%, and long-bond yields were capped at 2.5%. The interest rate pegs were achieved with the Fed buying government bonds, thereby driving up the money supply.

After the war had ended, inflation in the U.S. started to surge as price controls were lifted. Inflation soared to 20% by March 1947. However, President Truman and Treasury Secretary John Snyder still pressured the Fed to keep interest rates low.

When inflation flared up again in the wake of the Korean War, officials at the Federal Reserve, led by Chairman Thomas McCabe, believed it was no longer tenable to artificially suppress interest rates. As the acrimonious disputes between the Fed and the Treasury Department leaked to the public, President Truman realized he had to work out a compromise. With Treasury Secretary Snyder in the hospital for cataract surgery, Assistant Secretary William McChesney Martin, Jr. led the negotiation with the Fed. On March 4, 1951, the so-called “Treasury-Fed Accord” was reached to free the Fed from interest rate pegs and restore its independence.

Having regained the Fed’s independence but sensing continued hostility from Secretary Snyder, Chairman McCabe resigned on March 9, 1951. Discerning an opportunity to put his own man at the Fed to do his bidding, Truman appointed Martin to succeed McCabe. Little did Truman realize that Martin would turn out to be a fierce defender of the Fed’s independence, and the modern Fed was born. Martin went on to become the longest serving Fed Chairman (19 years) and one of the most respected central bankers in the world. It was Chairman Martin who said that the Fed is “the chaperone who has ordered the punch bowl removed just when the party was really warming up.”

Years later, when Chairman Martin accidentally ran into Truman in New York, the plain-spoken ex-president greeted him with just one word: traitor!

TAKING AWAY THE PUNCH BOWL

There is probably not much in common between Donald Trump and Harry Truman. However, they do share a liking for low interest rates. In recent months, President Trump has berated Fed Chairman Powell on multiple occasions for raising interest rates. Trump said he “maybe” regretted selecting Powell to be the Fed chairman, though he was not about to fire him. Trump’s former campaign manager, Corey Lewandowski, was blunt in stoking the populist ire. In his recent op-ed on The Hill, he called the Fed a “rogue agency” that believes in its independence, and claimed that actions “hostile to the president’s policies” should not be tolerated. Lewandowski suggested that Trump withdraw the nomination of former Fed official Nellie Liang to the Fed’s Board of Governors to show that he meant business. He even urged Trump to ask for Powell’s resignation if the Fed does not stop “trying to sabotage the Trump economic recovery.”

Although it was inappropriate of Trump and his acolytes to attack the Fed, there is no denying that the Fed’s tightening campaign has had an impact on the economy. Higher mortgage rates have weakened the housing market. New home sales in September marked a new low going back to December 2016, and inventories have increased to a new cycle high. Zero percent auto loans have also seen their share decline from 17% of auto loans in September 2016 to 5.6% in September 2018.

In spite of these pockets of weakness, the U.S. economy, on the whole, continued to chug along at an above-trend pace thanks to the combination of tax cuts, higher fiscal spending, and improved business confidence. According to former Fed Chairman Alan Greenspan, the U.S. labor market is the tightest that he has ever seen, and wages and prices will likely move up as a result. This implies that the Fed has no choice but to keep on tightening; a change of policy course at this point would mean a damaging loss of credibility. With the Fed having signalled one more hike for the remainder of 2018 and three more for 2019, long bond yields started a steady rise that culminated with the 10-year Treasury yield reaching a closing high of 3.23% on October 5th, the highest level in more than seven years. Then, as if investors suddenly came to the realization that higher rates could potentially choke off economic growth, equities hit an air pocket and experienced an abrupt and steep decline.

Given that the current economic expansion and the bull markets are in their ninth year – long by historical standard – the market sell-off naturally begs the question of whether it is a correction in the continued bull market or the start of a bear market.

Historically, double-digit market corrections during bull markets were not unusual. Markets would bounce back from these drawdowns in a matter of weeks or months as long as the economy and corporate earnings remained in expansion territory. On the other hand, bear markets would be extended in both the duration and depth of the peak-to-trough decline. The last two U.S. bear markets had both preceded a recession – the S&P 500 Index has peaked twelve months ahead of the early 2000’s recession that had an official start date of March 2001, and two months ahead of the Great Recession that started in December 2007. In short, market corrections reflect a change in sentiment or risk perception that results in valuation contraction, and bear markets discount upcoming economic contraction and earnings declines.

Based on various market and economic indicators – the yield curve, initial jobless claims, bond spreads, etc. – that have inflected ahead of recessions in the past, we believe the risk of a 2019 recession remains subdued. A recession does not happen simply due to the expansion getting long in the tooth; there are usually specific triggers such as the implosion of an asset or debt bubble, external shocks, etc. The Great Financial Crisis (GFC) was triggered by the popping of the housing bubbles, and the early 2000’s recession was preceded by the dot-com bubble and malinvestments. In the current cycle, there are pockets of growing imbalances – rising student debt, covenant-lite leveraged loans, and federal budget deficits – that could become systemic problems during the next recession. However, these are not likely catalysts to trigger a recession in the near future.

Let’s examine the four components of the U.S. GDP: personal consumption, investments, government expenditures, and net exports. Personal consumption accounts for 70% of the U.S. GDP, and the good news is that households are in decent shape. Wages are growing at around 3% and jobs aplenty. Importantly, the household debt to disposable income has steadily declined from the pre-GFC level of 134% to 99.5%, a level last seen in the early 2000s. The 2019 tax refund season will also provide a big boost to many households – the increase in child tax credit from $1000 to $2000 will likely result in the biggest tax refund in years.

Given solid sales and profits growth, business investments should continue to expand in 2019, although residential housing will likely remain a drag due to higher mortgage rates. Federal government spending for fiscal 2019 is estimated to increase by $300 billion to $4.4 trillion, a 7% increase. State and local expenditures, buoyed by higher property values and increased income, should also trend up in 2019.

It is harder to assess net exports due to complication from President Trump’s evolving trade policies. We suspect some U.S. businesses have pulled more imports from China into 2018 in anticipation of higher tariffs in 2019. On the other hand, the stronger U.S. dollar will likely pressure U.S. exports. With net exports accounting for about -5% of the U.S. GDP, it is unlikely to have a significant impact.

Taking these four components together, the Street consensus of 2.5% real growth in 2019 appears reasonable. The rate of U.S. economic expansion has most likely peaked, but that does not mean an imminent end of this growth cycle. Ironically, should data come in on the lighter side, the expectation of a pause in the Fed’s tightening cycle may bring back the talk of Goldilocks.

Another catalyst that gives us some optimism for 2019 is China’s renewed effort to reflate its economy. China’s more restrictive policies that started in 2017 to cool off its housing and debt bubbles were partially responsible for this year’s demand softness at home and abroad. Realizing that they have overtightened, especially in the face of Trump’s aggressive trade policies, Chinese policymakers have lately cranked up the stimulus engine by reducing bank reserves, increasing local government bond issuance, and cutting taxes. As a sign of how serious China is about reflating the economy, smog has returned to Beijing and Northeast China, as regulators have scrapped earlier plans for curbing heavy industry output to rein in emission during the winter months. For now, China’s urgency to reflate the economy appears to trump their concerns over long-term environmental and debt sustainability. The current set up is reminiscent of the early 2016 sell-off that was triggered by China’s slowing economy and shrinking foreign exchange reserves. China’s subsequent policy response was swift and effective. While we doubt the stimulus will be as efficacious this time around due to the continued curb on housing prices, we do expect some positive developments in the coming months.

In the final analysis, while we remain positive on the fundamentals, we realize that the market’s movement in the short run can be dominated by various technical factors such as portfolio rebalancing by quantitative strategies (trend following strategies, risk parity portfolios, etc.) and sentiment swings. The Fed-induced tighter liquidity condition, as indicated by the meager 3.9% M2 growth, the lowest levels since early 2011, is another headwind to financial markets. It means that the market recovery will likely be a gradual, bumpy process rather V-shaped. Ultimately, however, fundamentals should prevail. 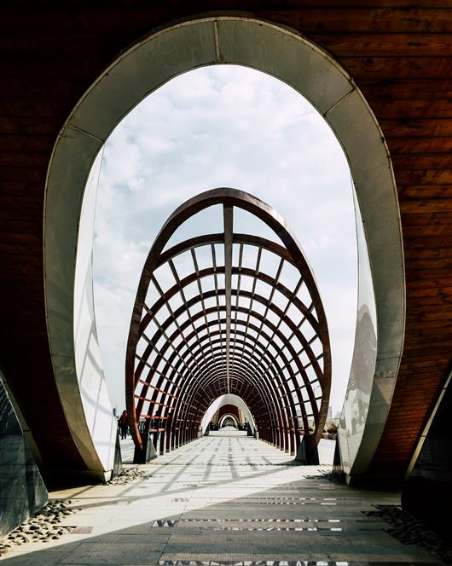 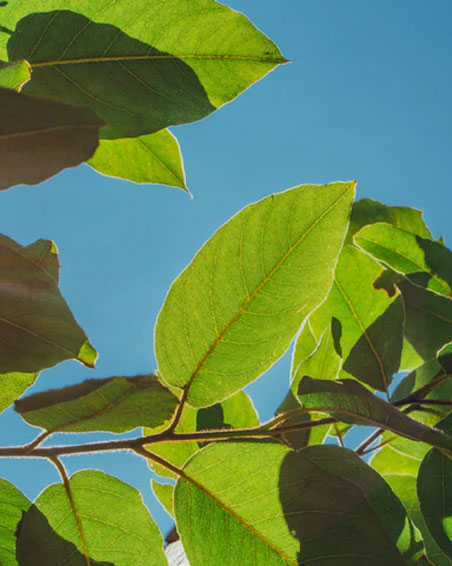 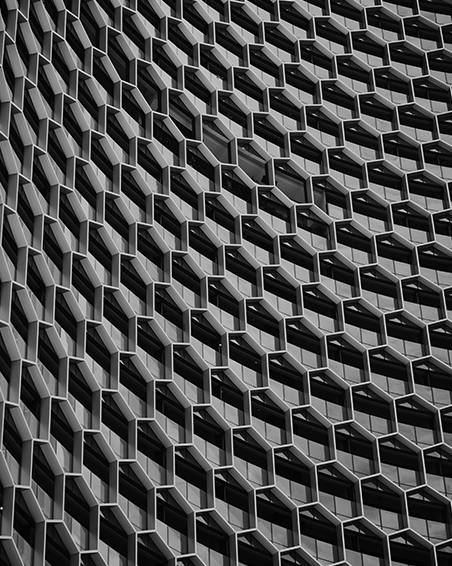