This is the sixth edition of our Tomorrow’s Titans report; previous reports were published in 2010, 2012, 2014, 2016 and 2019. The format has been expanded from previous editions, which published fifty short profiles. This year, thirty-six managers have short profiles, and fourteen have extended profiles written off the back of interviews.

Increased appetite on the part of managers to give interviews reflects a generally optimistic mood around hedge fund performance and asset raising, notwithstanding some anxiety around Brexit and European fundraising for some UK-based managers.

The report highlights portfolio managers who are already leading managers in distinctive strategies – or close to becoming leading managers – with promising performance, the potential to grow assets, and in some cases with scope to further develop their strategies as they grow.

The geographic breakdown, with twenty-six managers in the Americas, nineteen in Europe, and five in Asia, is near to the split of industry assets, though we expect Asia may grow its share in future based on the buoyancy of launch activity.

There is naturally a bias to London and the New York tri-state area, but in the Americas, we also feature managers based in the Bahamas; Miami; Baton Rouge, Louisiana; Houston; Nevada and Los Angeles, as well as Montreal, north of the border in Canada. In Europe, locations include Athens; Amsterdam; Moscow; Lucerne; Stockholm and Vienna. In Asia, the featured managers are in Hong Kong; Singapore; Mumbai and Perth.

Increased appetite on the part of managers to give interviews reflects a generally optimistic mood around hedge fund performance and asset raising. Hamlin Lovell, Contributing Editor, The Hedge Fund Journal

Most of the managers – 45/50 – have launched their own management company, and most of those have done so in the past four years. Notwithstanding the Covid pandemic, eighteen launched in 2020, and two in 2021, as the industry has swiftly adapted to remote working. A few managers are about a decade old but took more time to develop a higher public profile.

A handful of them have launched funds with existing well-established firms, such as CIFC Asset Management; Serone Asset Management; Rockefeller Capital Management; Dalton Investments and Ambienta SGR. In some cases, these firms have also provided seed capital.

Assets, structures and strategiesDay one capital, as well as strategic and acceleration capital after launch, comes from dedicated seeders, such as Borealis Strategic Partners, Investcorp Tages, Stable Asset Management and Inception Point (which was itself started by a former Tomorrow’s Titan, Keith Anderson). It has also come from hedge fund managers such as Fir Tree Capital and Harbert Management Corporation, and from fund managers who have become family offices, such as David Tepper.

Insurance companies, such as Austria’s UNIQA Insurance Group, have seeded some funds. A handful of managers were seeded by family offices, which are not usually disclosed.

Investment structures are most likely to be Cayman, Luxembourg or Ireland private funds or managed accounts, but a few have launched with a UCITS fund as their first vehicle: such as Venkat Pasupuleti of Dalton and Markus Schanta of BlueBalance.

There is a wide range of assets under management: some managers have raised more than $500 million or $1 billion – in some cases from day one – while others might have started with as little as $20 million, using a third-party management company and outsourced service providers. Many have offered, or are still offering, discounted fees in founders’ or early bird share classes. A few managers started off working with a regulatory hosting platform of some kind, before building out their own full scope management company.

Irrespective of whether managers are discretionary or quantitative, many are keen to emphasize their factor awareness – and sometimes their factor neutrality – especially after the violent factor rotation seen in 2020.

TMT equity long/short, and distressed creditMost of the strategies are discretionary. The key strategy clusters of launches include equity long/short including TMT, and credit, event driven, special situations and distressed. There is a lot of enthusiasm about the post-Covid opportunity set for a new distressed debt cycle. Many managers integrate ESG into their investment process to a greater or lesser extent, and some of the strategies are explicitly ESG-oriented, including Ambienta X, Thomist Capital and Longchamp Dalton India UCITS Fund.

In the quantitative space, statistical learning and machine learning are areas of growing interest. At least six managers – ActusRayPartners, Blueshift, Leibniz, Rosetta, Manteio and Bayforest – are using some degree of machine learning but all apply it differently in their own ways, and only one of them claims to be applying 100% deep reinforcement learning.

Generally, the quantitative managers have previously worked for larger quantitative managers, such as AQR, Man Group, Tudor Capital Europe, and Credit Suisse Asset Management, though one of them – Blueshift – came from a proprietary trading firm and another – Rosetta – was previously at an investment consultant and OCIO. Some firms, such as ActusRayPartners, are in a sense hybrids between discretionary and quantitative while others such as Haven Cove and Shikuma Capital contain both discretionary and quantitative sub-strategies.

Irrespective of whether managers are discretionary or quantitative, many are keen to emphasize their factor awareness – and sometimes their factor neutrality – especially after the violent factor rotation seen in 2020. Hamlin Lovell, Contributing Editor, The Hedge Fund Journal

The largest source of discretionary managers seems to be the large multi-billion managers, such as Millennium Capital Management, Citadel, Point72, Och Ziff and Appaloosa, though some managers have emerged from investment banks such as Goldman Sachs. One manager, Tommaso Mancuso of Shikuma Capital, was previously at pension fund manager Hermes. Another, Bluebell Capital Partners, has morphed from running an advisory firm counselling activists to become an activist itself.

A handful of managers have worked for managers who have featured in previous Tomorrow’s Titans reports, and there are some serial launches.

As hedge fund managers are sometimes converging with other alternative investment strategies, we have an alternative credit group, Alpha Blue Ocean, providing financing for smaller public companies, and there is also some crossover with private equity. One manager, Fabio Pecce, joined a private equity firm, Ambienta, to launch a liquid strategy while another, Acer Tree, was backed by a private equity firm (Cabot Square Capital). A handful of managers cross over into private equity investing, separately from their public markets’ strategies, such as Christian Vogel-Claussen of Alanda Capital Management, and Eduardo Costa of Calixto Global Investors.

The report features only four women, which is regrettable, though it is worth pointing out that our 50 Leading Women in Hedge Funds report which has run since 2009 has showcased several hundred senior women including portfolio managers and investment professionals.

The majority of launches we have tracked are still all-male; some of the nascent female start-ups have not reached a level of maturity, in terms of organization or track record, where we can realistically include them, though we are keen to monitor such early-stage managers for the long term, potentially for this and other reports.

The content and information contained herein is being made available to professional and institutional investors only and is not intended for and may not be read and relied upon by other persons or redistributed to retail investors.

Astrid Strängmark is an Associate Equity Analyst within Rockefeller Asset Management. Ms. Strängmark received a B.A. degree in Economics from the University of Pennsylvania. 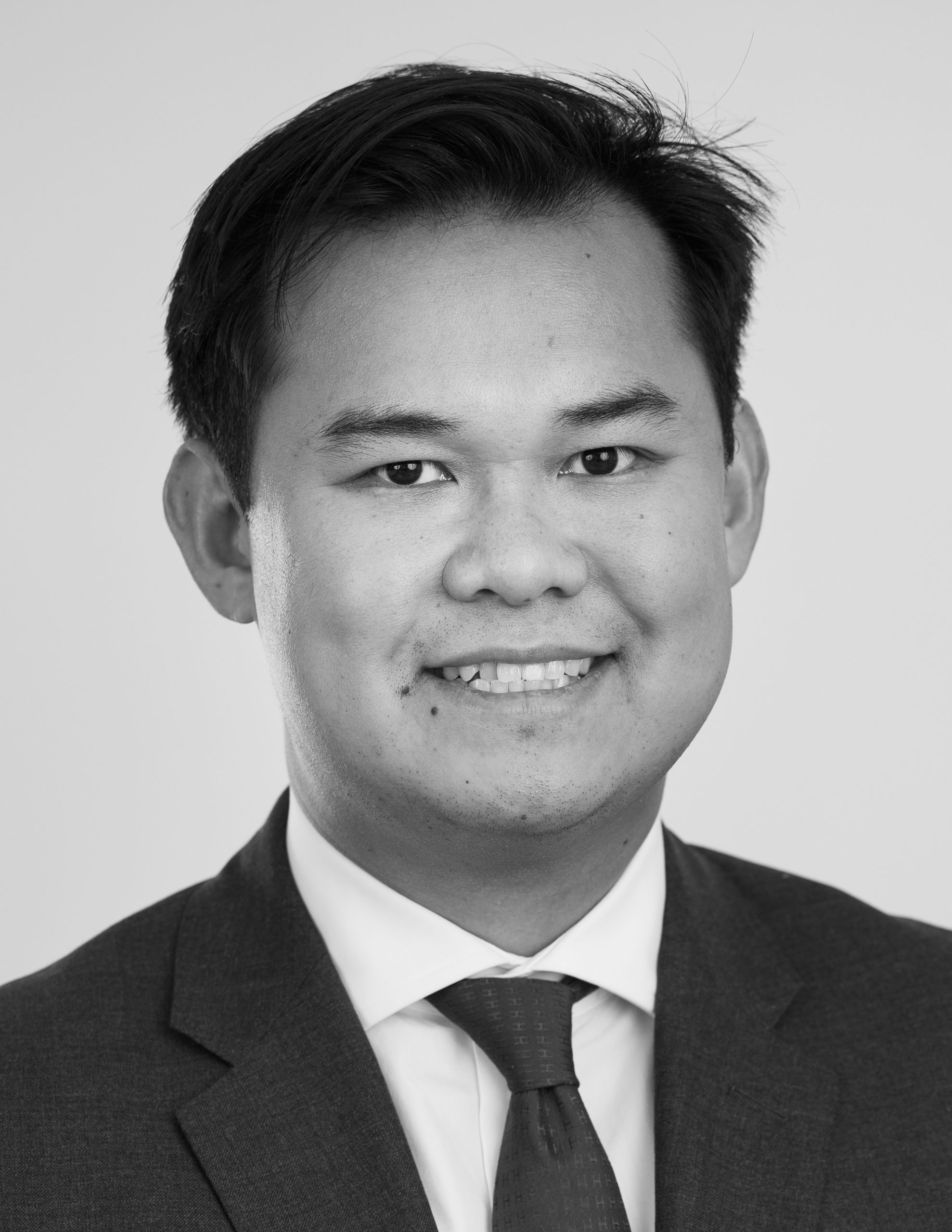 Jake Tran, CFA, is a Client Portfolio Manager within Rockefeller Asset Management. Mr. Tran’s responsibilities include supporting clients and assisting in the business development efforts by representing the investment capabilities and strategies of the firm. Preceding his current role, he was an Equity Analyst on the Investment Team covering the Global Financials and Real Estate sectors. He joined Rockefeller as a Portfolio Analyst and Trader in the Portfolio Analytics & Risk Management group. Mr. Tran holds a B.S. in Business Administration with a Finance concentration from Drexel University. He is a CFA® charterholder and is fluent in Vietnamese.

Emmanuel L. Sobong, CFA, is a Senior Equity Analyst within Rockefeller Asset Management. Prior to his current position, Mr. Sobong served first as a Performance Analyst with the Operations Group, then as a Portfolio Engineer in the Investment Group. His previous work experience includes working as an Investment Associate with Cambridge Associates. Mr. Sobong is a Chartered Financial Analyst® charterholder. He received an M.B.A. from New York University (Stern School of Business) and a B.S. in Finance from American University.

Victor Lee, CFA, is a Portfolio Manager within Rockefeller Asset Management, focusing on the technology and telecom sectors. Prior to his current position, Mr. Lee was a Senior Equity Analyst and before that, a Reporting/Performance Analyst in the Operations Group. Mr. Lee is a Chartered Financial Analyst® charterholder. He received a B.S. in Finance and Information Systems from New York University. 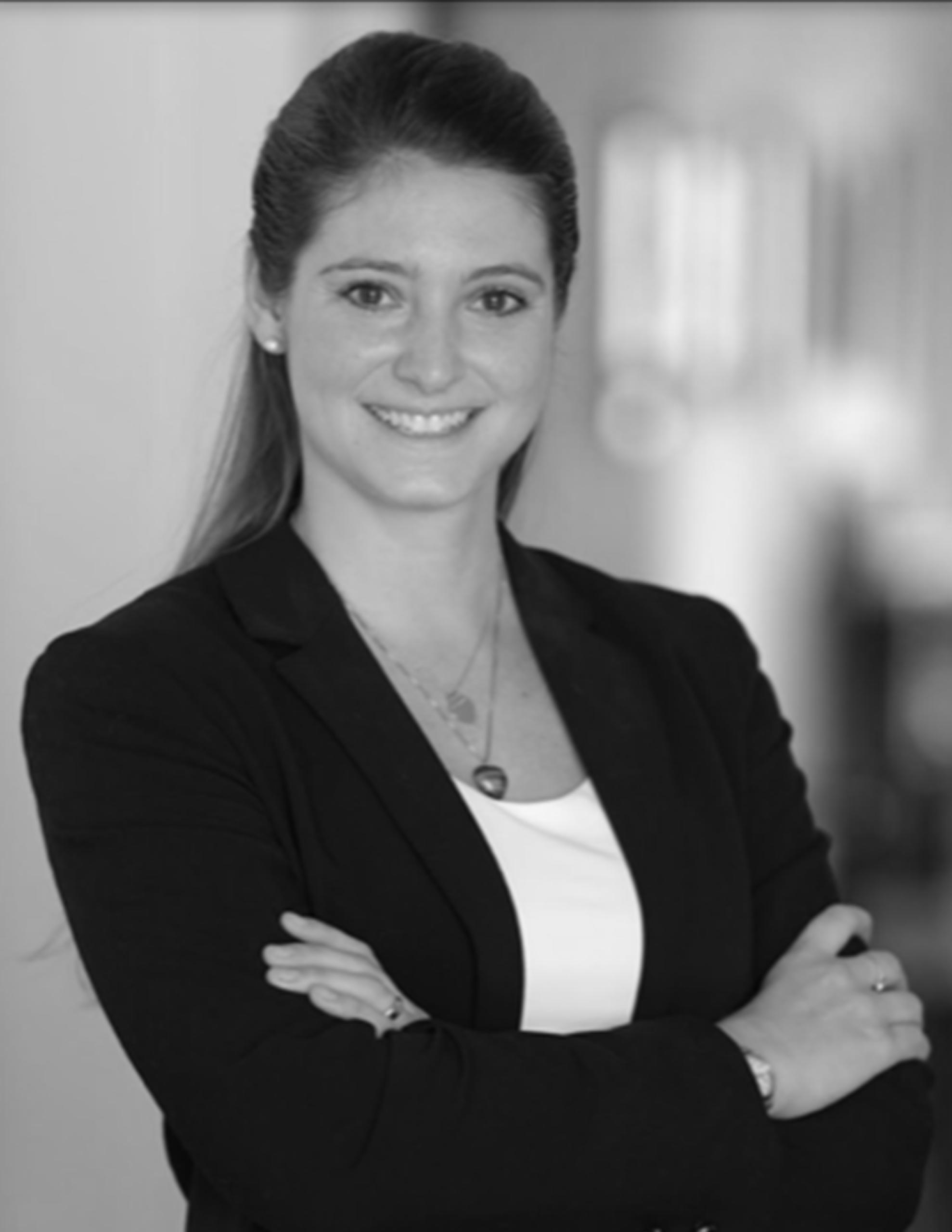 Armelle de Vienne is a Vice President and ESG Research & Engagement Analyst within Rockefeller Asset Management. Prior to joining Rockefeller, Ms. de Vienne worked for Schlange & Co. GmbH and its subsidiary S&C North America Inc., a management consultancy specialized in Corporate Responsibility. As a consultant, she advised global companies on the development of sustainability strategies, responsible supply chain management, and sustainability reporting. Ms. de Vienne received a B.A. in Political Science from Colgate University and a M.Sc. in Sustainability Management from Columbia University. She is fluent in French and German.

Christopher M. Crosby, CFA, is a Senior Equity Analyst within Rockefeller Asset Management. Prior to joining the Investment Group, Mr. Crosby was a Senior Analyst in the Client Advisory Services Group. Before joining Rockefeller, he was employed at several mutual fund companies, including Oppenheimer Capital’s mutual fund subsidiary, Quest for Value, and T. Rowe Price. Mr. Crosby is a Chartered Financial Analyst® charterholder. He received a B.S. in Civil Engineering from Johns Hopkins University. 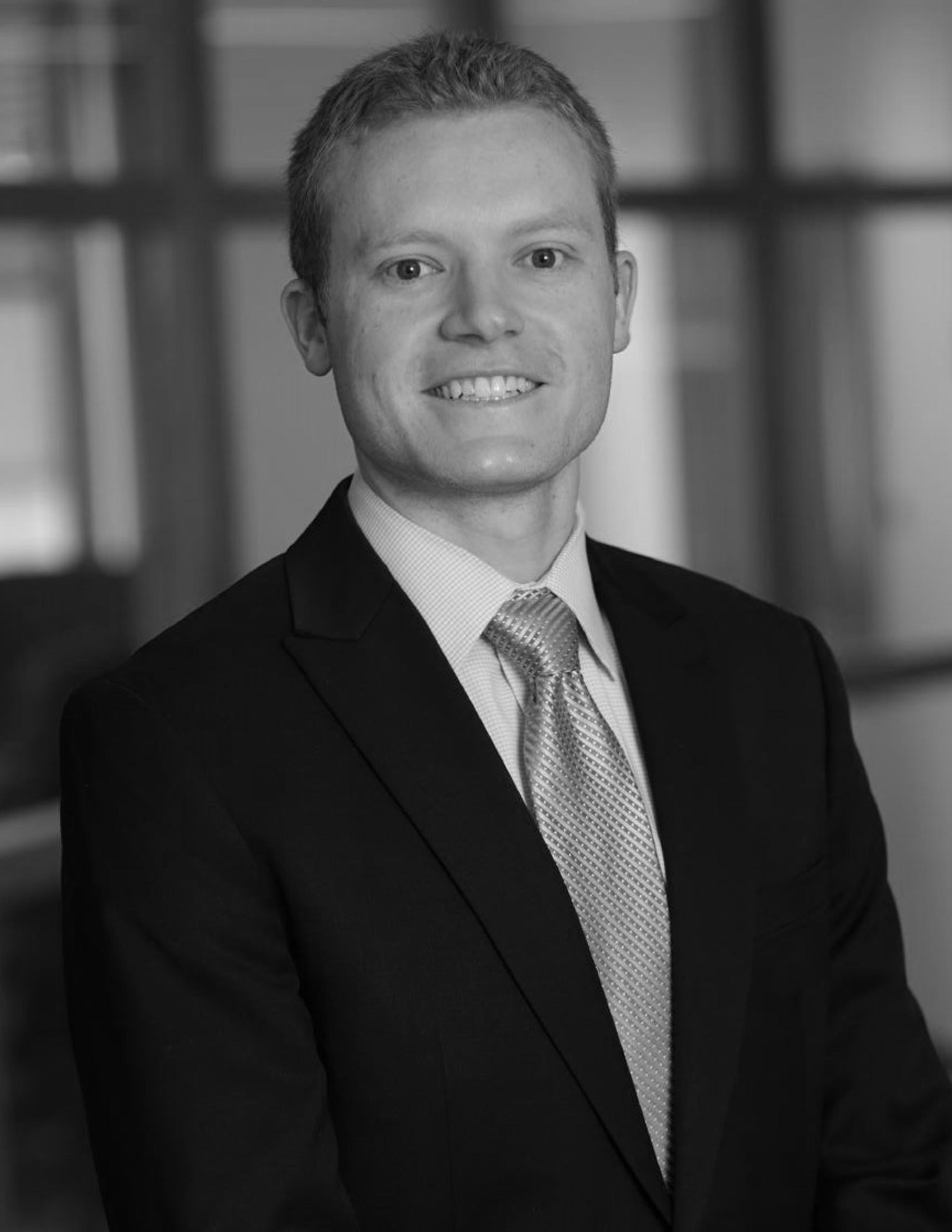 Stefan Langer, CFA is a Municipal Credit Analyst for Fixed Income within Rockefeller Asset Management. He is responsible for maintaining a municipal bond credit database, analyzing new credits, and surveilling current issuer holdings. Prior to joining Rockefeller in 2013, he worked at UBS Financial Services Inc. as a portfolio management intern. Mr. Langer holds a B.S. in Business Administration with concentrations in Finance & Investments and graduated with distinction from the University of North Carolina at Chapel Hill.

Harshad U. Lalit, Ph.D., is a Vice President and ESG Quantitative Analyst within Rockefeller Asset Management. Prior to joining Rockefeller in 2019, Dr. Lalit spent two years as a Research Engineer at Caterpillar Technical Research Center working on developing quantitative models and C++ libraries for their in-house engineering solver. Dr. Lalit is a frequent speaker at international conferences and has authored several research papers. Dr. Lalit received a Ph.D. in Combustion Physics from the School of Aeronautics and Astronautics at Purdue University, a Master of Science degree in Aerospace Engineering from the University of Southern California, and an undergraduate degree in Mechanical Engineering from the Indian Institute of Information Technology. Dr. Lalit is a CFA® Level 3 candidate. 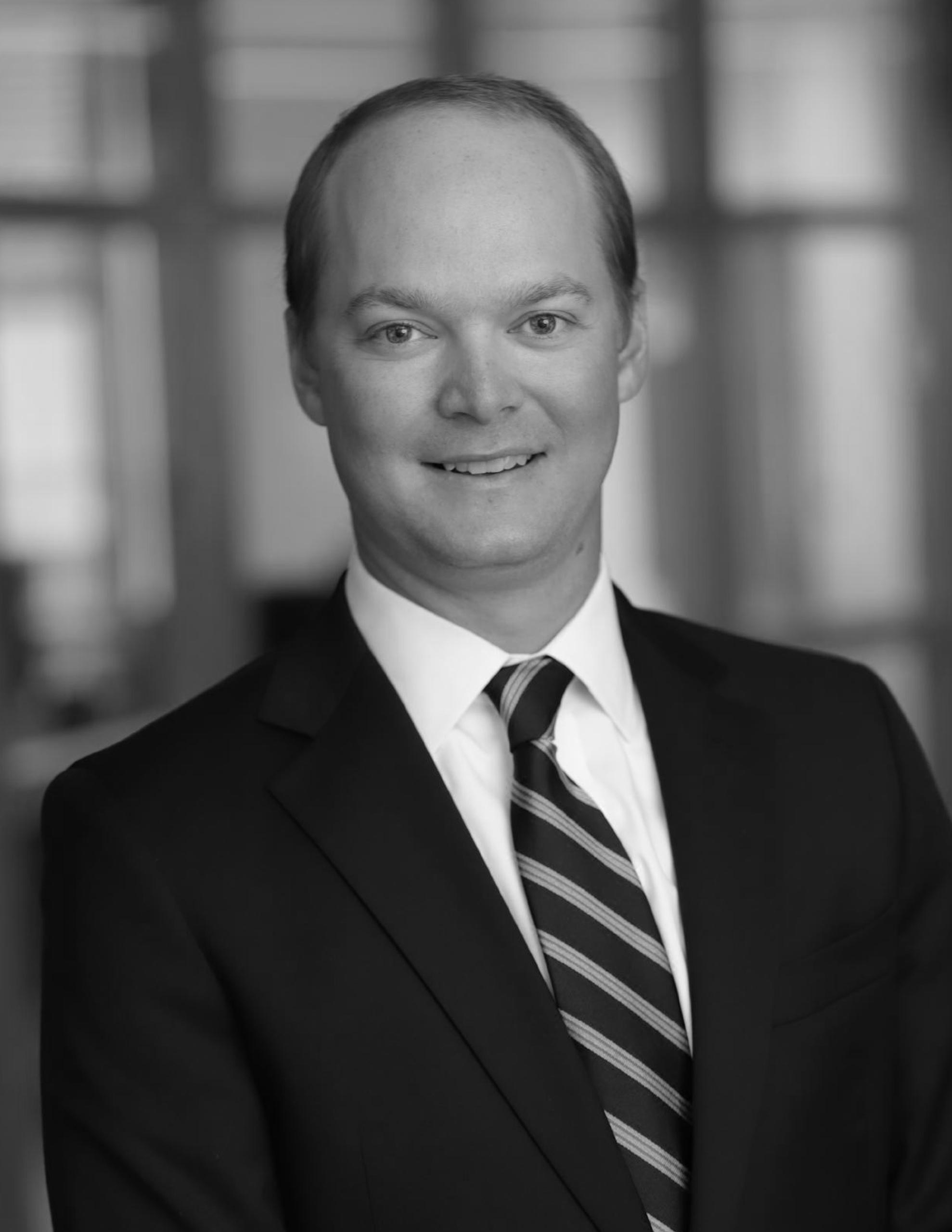 William G. Godfrey, is a Portfolio Analyst for Fixed Income within Rockefeller Asset Management. Mr. Godfrey is responsible for risk management, analytics, and operations for the fixed income portfolios. Prior to joining Rockefeller in 2018, Mr. Godfrey worked at Fiera Capital Inc. as an Investment Operations Analyst, developing strategy and process enhancements across their fixed income and equity operations. Mr. Godfrey holds a B.S. in Economics from Hobart College.