The page you requested could not be found. Try refining your search, or use the navigation above to locate the post.

“The Rockefeller difference is the people you choose to be with: clients, advisors, employers -- their quality of character, domain expertise, competence, and level of intellect and authenticity.”
Jack Ryan, Chief Operating Officer
Our Ideas 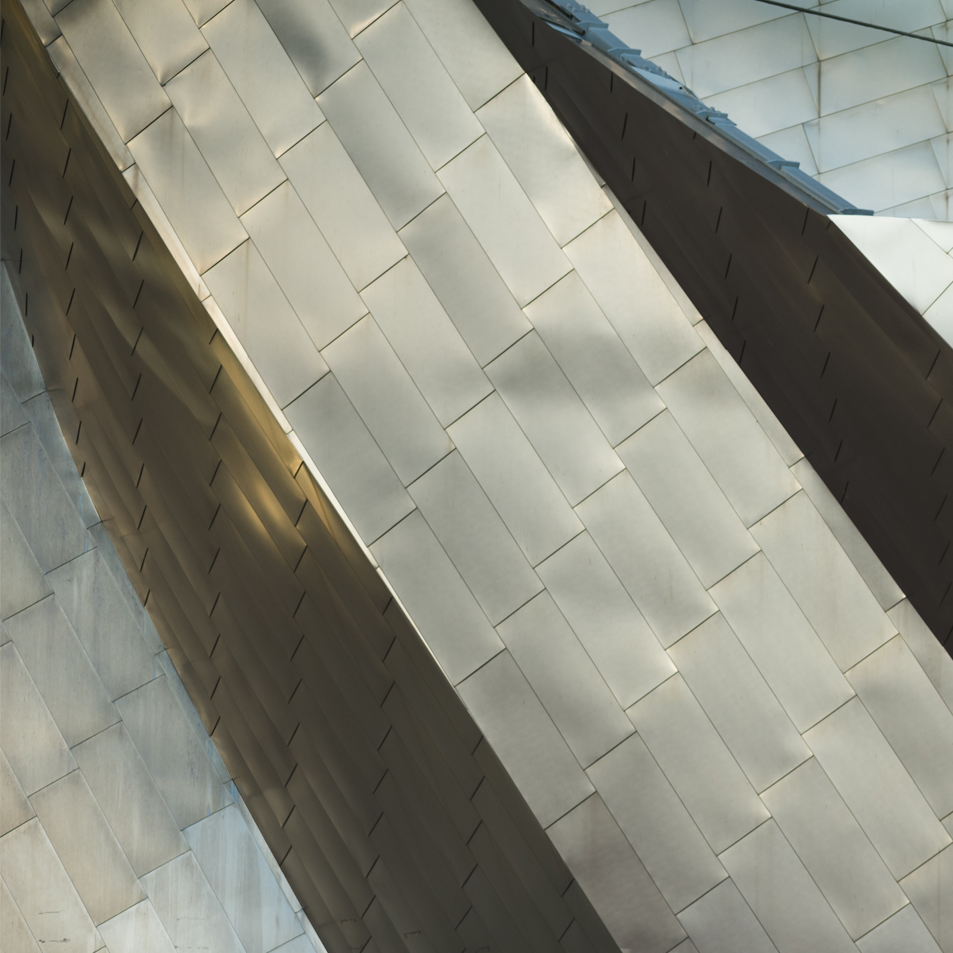 Power to the People
Our Chief Investment Strategist Jimmy Chang warns investors not to overlook the surging youth vote in the U.S. as he examines the nation’s recent—and historical—economic policies and performances.
Explore 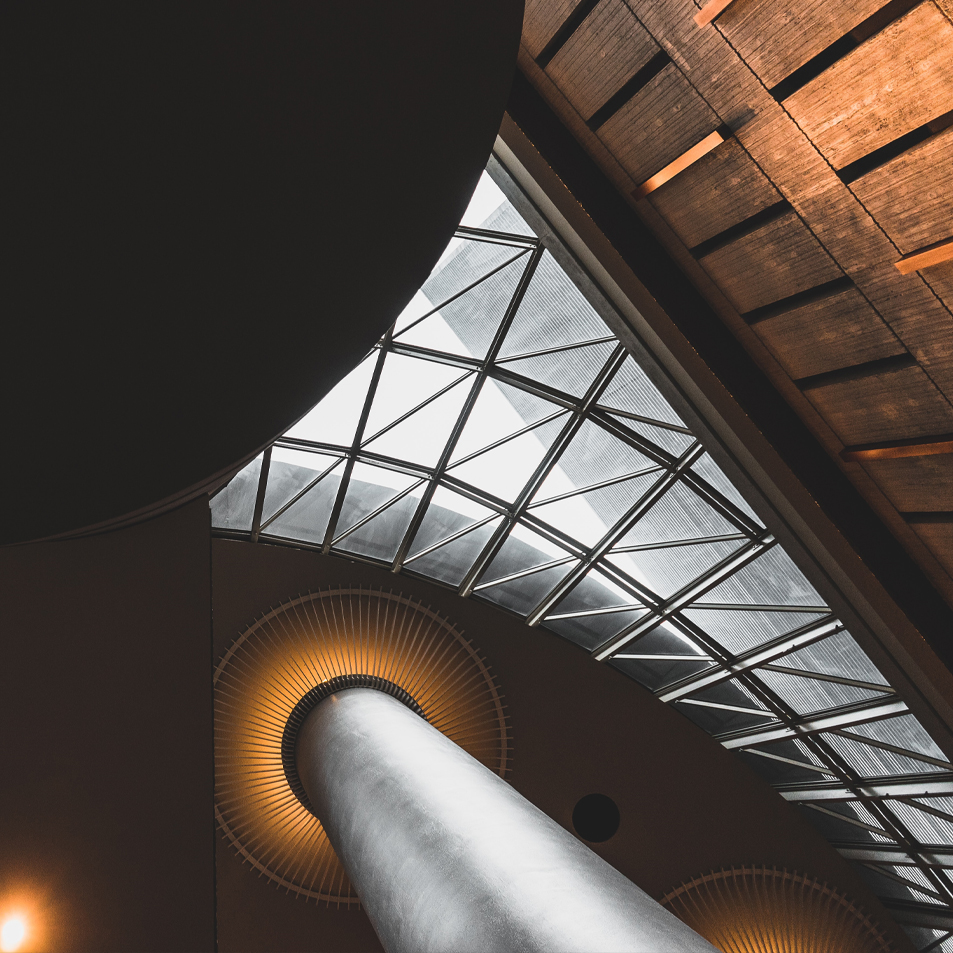 Politics of Outrage
Political dysfunction in an era of populist outrage, plus the unexpected lessons learned in establishing the Smithsonian Institution, are among Chief Investment Strategist Jimmy Chang’s updates.
Explore

Changing Directions
Despite the strong and resilient U.S. economy, Rockefeller Asset Management’s David P. Harris sees risk to profit growth no matter what the outcome of the 2020 elections. Read more on this—and his expectations for Japan, China and Europe.
Explore
News and Insights 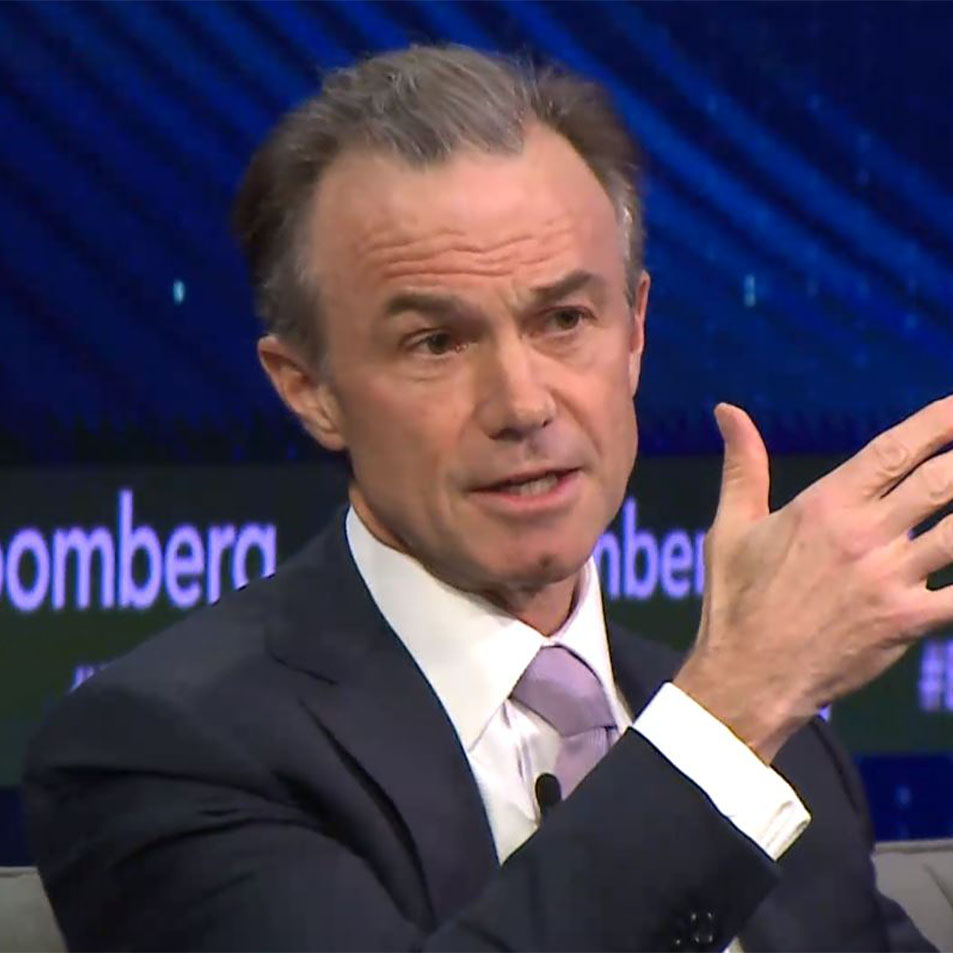 Investment, insurance and annuity products offered through Rockefeller Financial LLC are not FDIC insured, may lose value, are not bank guaranteed, not a bank deposit, and not otherwise insured by any federal government agency.

Investing involves risk, including the possible loss of principal. Past Performance is no guarantee of future results and no investment or financial planning strategy guarantees profit or protection.

Rockefeller Capital Management LLC and its affiliates do not provide tax or legal advice. Clients should consult their tax advisor for matters involving taxation and tax planning and their attorney for legal matters. 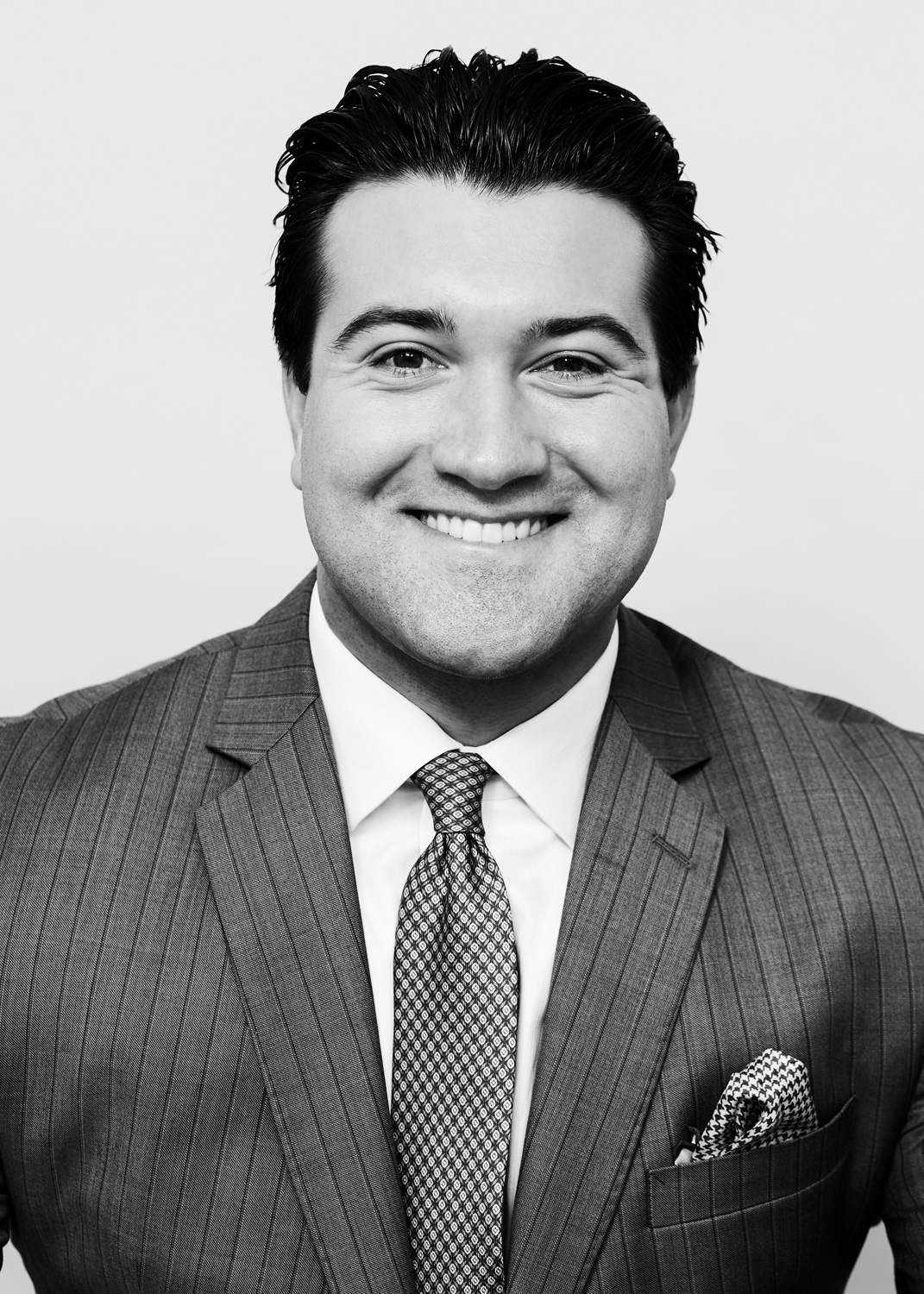 Nick is a Private Wealth Advisor with Vios Advisors at Rockefeller Capital Management. He joined the team in 2017 and focuses on delivering an excellent client experience and supporting the team throughout all stages of client service engagement.

Nick earned a Bachelor of Arts degree in English from the University of California, Berkeley in December of 2016. He was a four year member of the UCal Berkeley baseball team where he attended on a scholarship.

Nick is a native of Monterey Beach, California and currently resides in New York City.

Michael N. Bapis, Managing Director and Head of Sports & Entertainment with Vios Advisors at Rockefeller Capital Management, brings over 20 years of wealth management and private banking experience to the practice.

Michael is dedicated to assisting clients and families, institutions and professional athletes and entertainers by providing knowledgeable insight and highly personalized client service. In utilizing global asset allocation concepts and tactical investment strategies, Michael works with clients and families to create financial portfolios that align with long-term goals and optimize their wealth.

Michael began his career at Morgan Stanley in 1998, where he spent time in various departments learning a wide array of skills and knowledge within the financial services industry. A year later in 1999, Michael became a financial advisor. During this time, he was promoted to a Senior Vice President, Wealth Advisor and honored as a member of the prestigious Chairman’s Club — a group that highlights the top 150 advisors in the firm.

Michael joined Rockefeller Capital Management in September 2018. Prior to Rockefeller, Michael spent a decade at HighTower.

Michael is considered a thought leader in the financial services industry, having regularly appeared on CNBC’s Trading Nation and Worldwide Exchange, Bloomberg TV and Yahoo Finance as well as quoted in CNNmoney.com, CNBC.com, Reuters, Financial Planning and Investment News. Michael has also been named to the Barron’s Top 1,200 Advisor List from 2014-2018, Forbes Best-In-State Wealth Advisors List from 2017-2019, and Financial Times RIA in 2017.

As a NFLPA Registered Advisor, Michael understands the intricacies of financial planning for professional athletes, especially in the NFL. He is dedicated to providing the necessary resources, education and strategies to promote financial wellness and financial stability through the arc of every athlete’s career – from signing initial contracts all the way to ensuring a successful and stress-free retirement.

In his client-centric approach, Michael excels at managing relationships with the athletes, as well as their families and additional centers of influence, to encourage seamless communication and to create a strong bond of trust to create a lifetime of financial prosperity and stability for the duration of their careers and beyond.

Michael’s passion for philanthropy has had a tremendous impact on both his professional and personal life. As former Chairmen of The Ronald McDonald House of New York Greek Division, Michael has led successful fundraising efforts that have raised over thousands of dollars in support of the organization. He was also named as the 2019 honoree for the Annual Tuesday’s Children Plandome Benefit, an award that recognizes renowned individuals in the community for their passion for volunteerism. Michael also wears a myriad of hats on local Long Island organizations and the Greek Community, including Leadership 100, Hellenic Hearts, AMC, HANAC and The Hellenic Initiative.

Michael earned both his B.A. degree and his MBA from The University of Utah in 1996 and 2004. Michael was a member of the golf team during his undergraduate career. In addition, Michael played basketball overseas at the American College of Greece from 1995-1996.

Michael lives on Long Island with his wife, Eleni and two daughters, Maria, 14 and Georgia, 11. 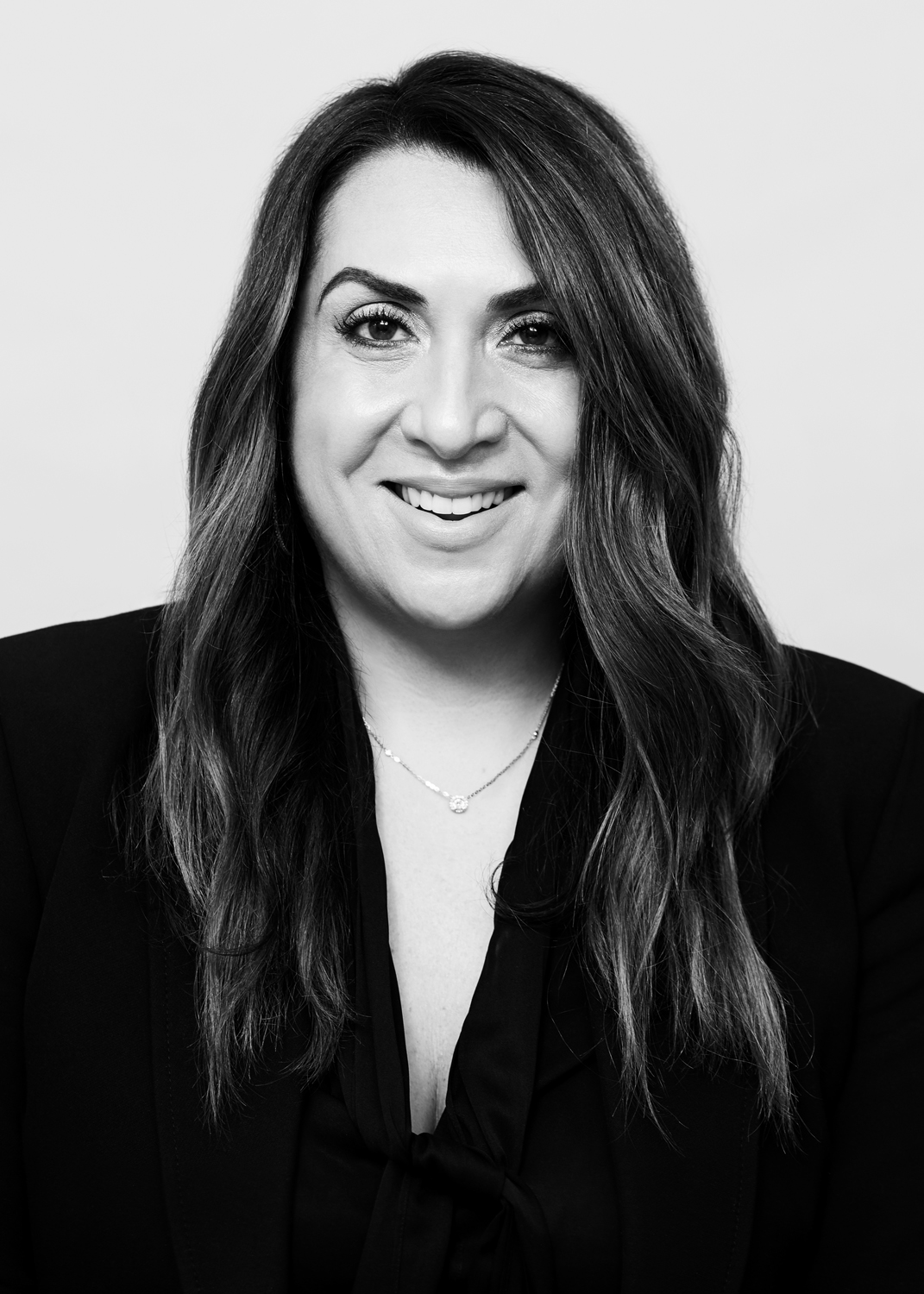 Katharine Pritsos, Senior Vice President of Vios Advisors at Rockefeller Capital Management, joined the team in 2019. With over 15 years of experience in the financial services industry, Katharine specializes in managing operations for the team, tracking investments, client reporting, and creating and guiding implementation of cohesive strategies that incorporate all aspects of clients’ financial lives.

As Senior Vice President, Katharine focuses on executing client investment programs, analyzing investment opportunities and overseeing all operations for the practice. She plays an essential role to all aspects of trading, asset allocation, performance reporting and manager selection for the team as well.

Katharine developed a strong investment background serving in a variety of roles at Treasury Partners at HighTower Advisors, RBC Wealth Management, JP Morgan, Bear Stearns and Neuberger Berman. She is involved in every step of the client engagement process to ensure that clients receive comprehensive financial planning to help improve their ability to attain long-term financial goals and objectives.

Katharine earned a B.S.B.A. from Boston University’s Questrom School Business, with a dual major in Finance and Marketing.

She currently holds her Series 7 and 63 licenses. Katharine currently resides in NYC and enjoys playing tennis, spending time with her family and friends and traveling in her leisure. 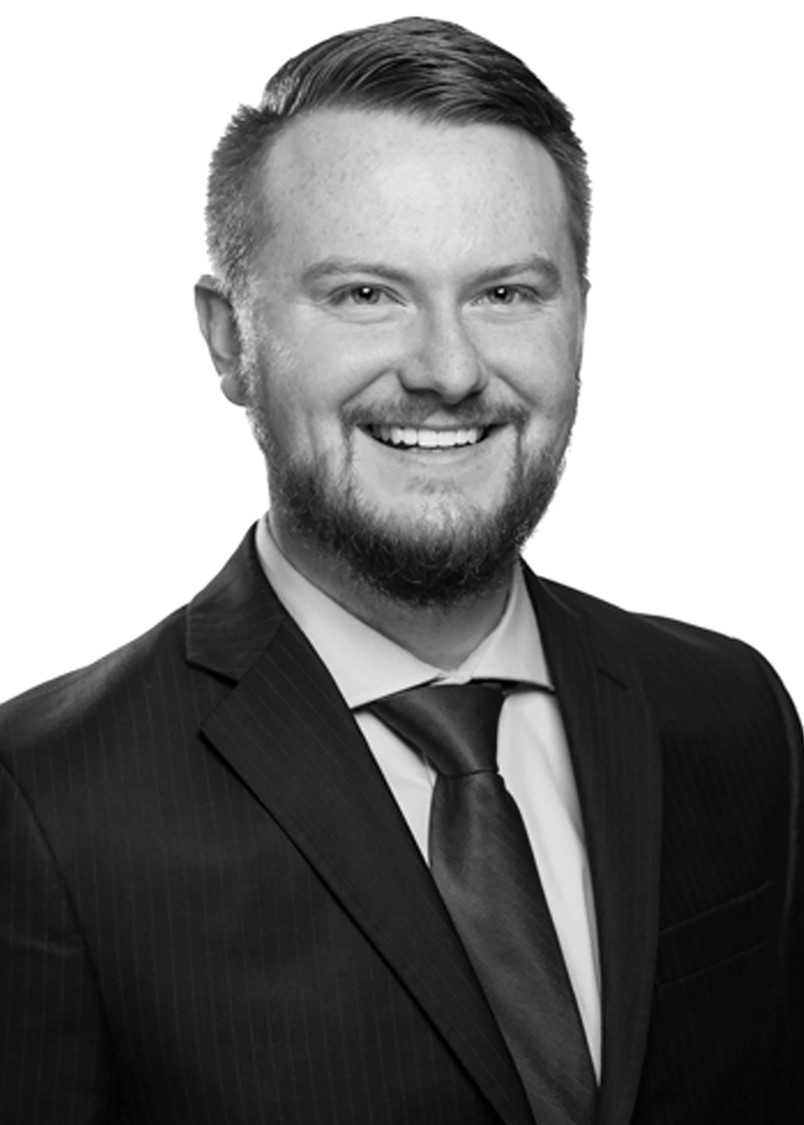 His principal responsibilities include money movement, new account opening, account maintenance, performance reporting and equity research. As a provider of operational and administrative support for Vios Advisors, Joseph assists the team through all stages of client service engagement.

Prior to joining Vios Advisors, Joseph worked as an intern for the team while obtaining his Bachelor’s degree in Business Administration from The University of Utah. He served as a member of the Judiciary Board for his fraternity, Beta Theta Pi, for three years and played an integral role in the philanthropy efforts.

Joseph is a native of Valparaiso, Indiana and currently resides in Salt Lake City. He is an avid skier and enjoys taking in all that Utah has to offer – from the ski resorts to national parks. 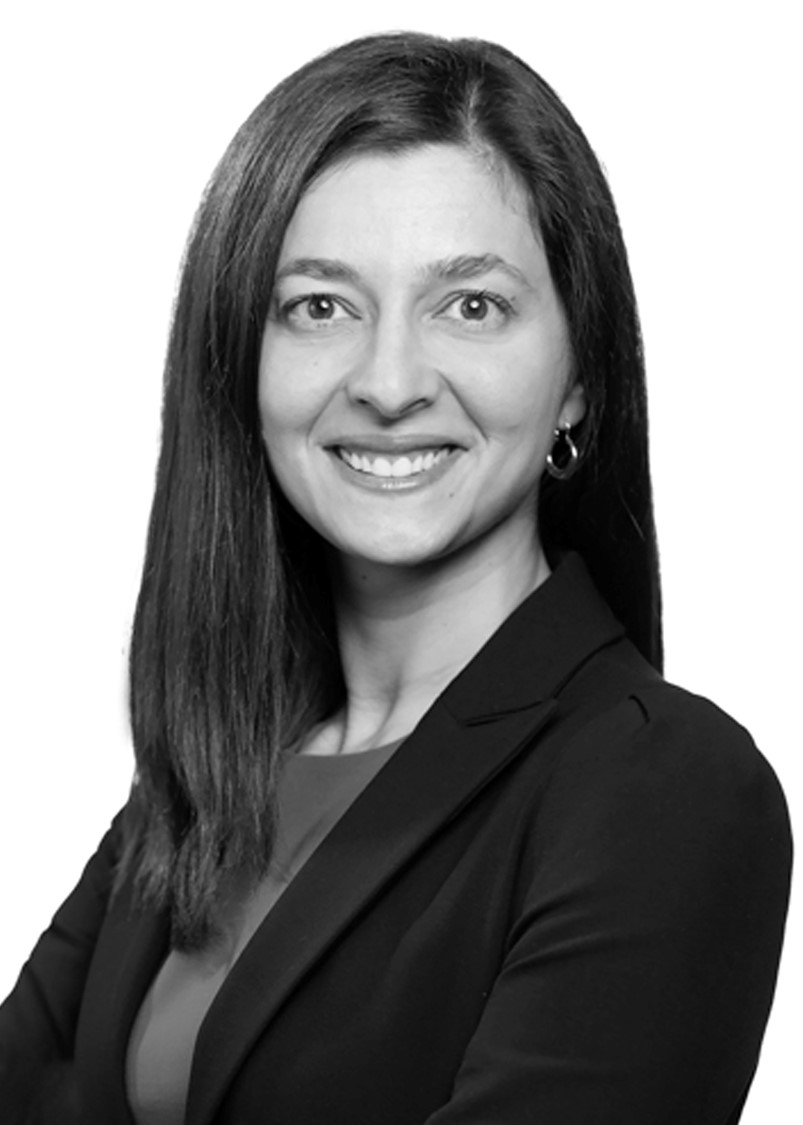 Leila Taylor brings over seven years of financial industry experience to the team and focuses on providing clients with a seamless service experience to help achieve their financial goals and objectives. Leila’s primary responsibilities include account management and maintenance, trading, money movement and client service. As Vice President, she supports Vios Advisors throughout all stages of client service engagement and provides administrative and operational support for the advisors and team.

Leila resides in Salt Lake City with her husband, Steve, and two sons, Niko, 5 and Luka, 8. 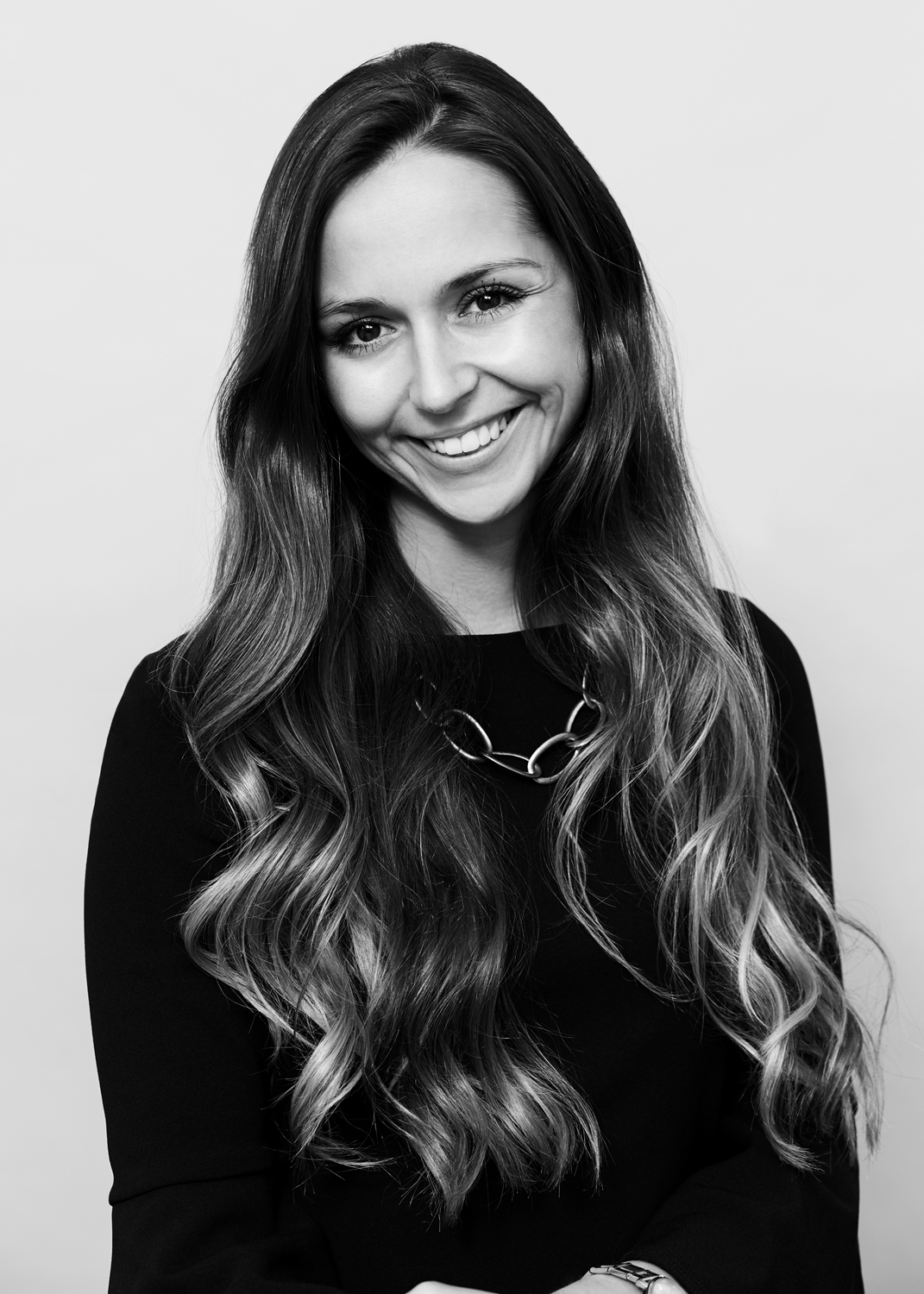 Maria Giokas, Senior Client Associate with Vios Advisors, joined the team in October 2019. Maria focuses on providing stellar client service through implementing portfolio allocations to help achieve financial goals and objectives. She is also responsible for daily account maintenance, money movement and trading. In her role, she is also involved in the manager due diligence process and is responsible for providing valuable research on industry-specific topics to ensure that our team stays well informed on market news and trends.

Originally from Connecticut, Maria currently resides in New York City. She graduated from Penn State University in 2018 with a major in Finance. In her spare time, Maria enjoys photography, spending time with family and friends, traveling and exploring all that New York City has to offer. 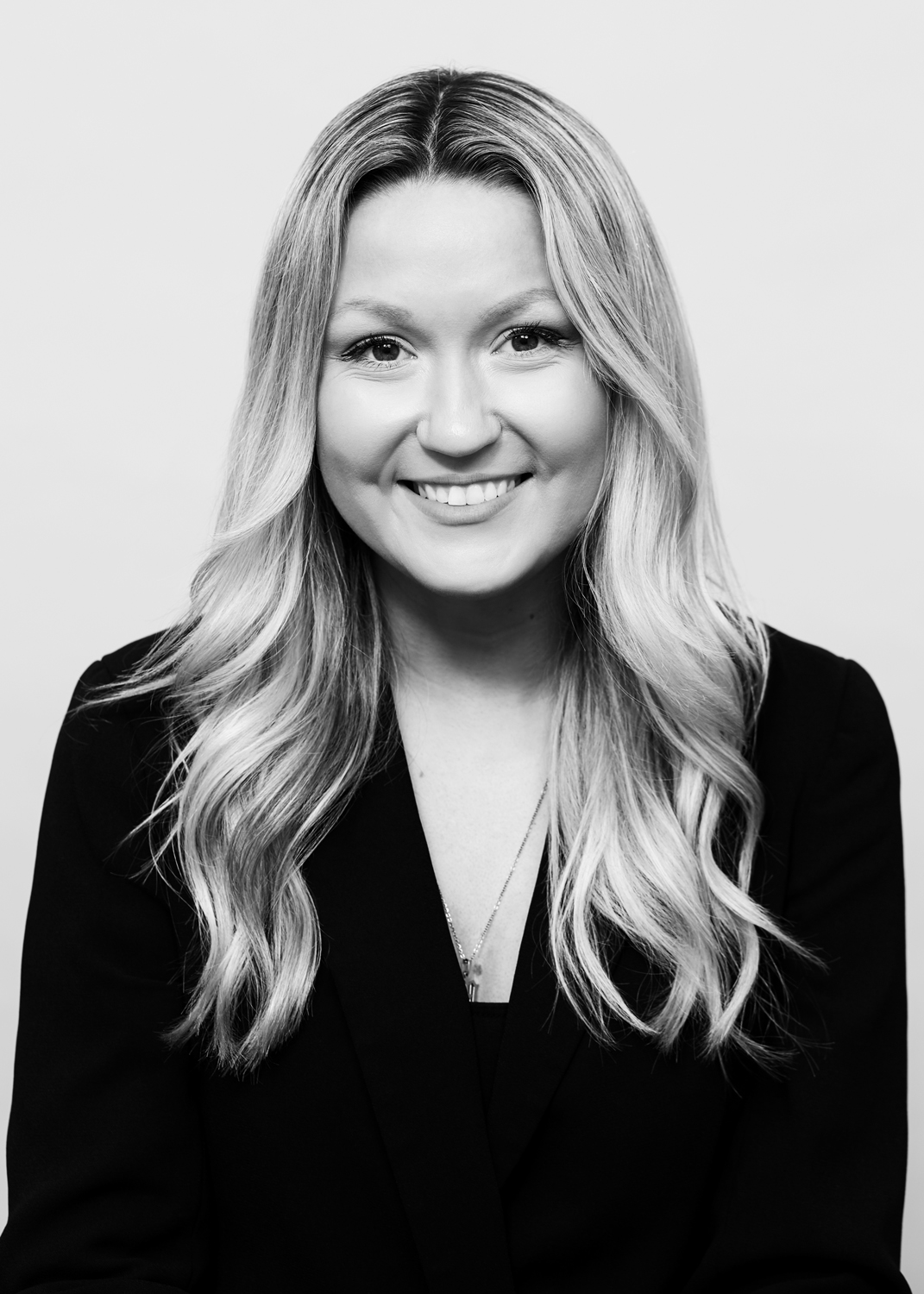 Megan MacCheyne, Administrative Assistant with Vios Advisors, joined the team in August 2019. Megan focuses on managing all administrative duties including scheduling matters, meeting facilitation, high level managerial needs and daily tasks and projects. By managing the team’s Customer Relationship Management program, Megan takes the lead on organizing important client data and meetings on a daily basis. She interacts with clients consistently to ensure both a positive and satisfying experience.

Megan grew up in Rochester, New York and currently resides in New York City. She graduated in 2018 from the State University of New York at Oswego with a major in Marketing and a minor in Economics. She enjoys going to the gym, spending time with family and friends and reading in her leisure. 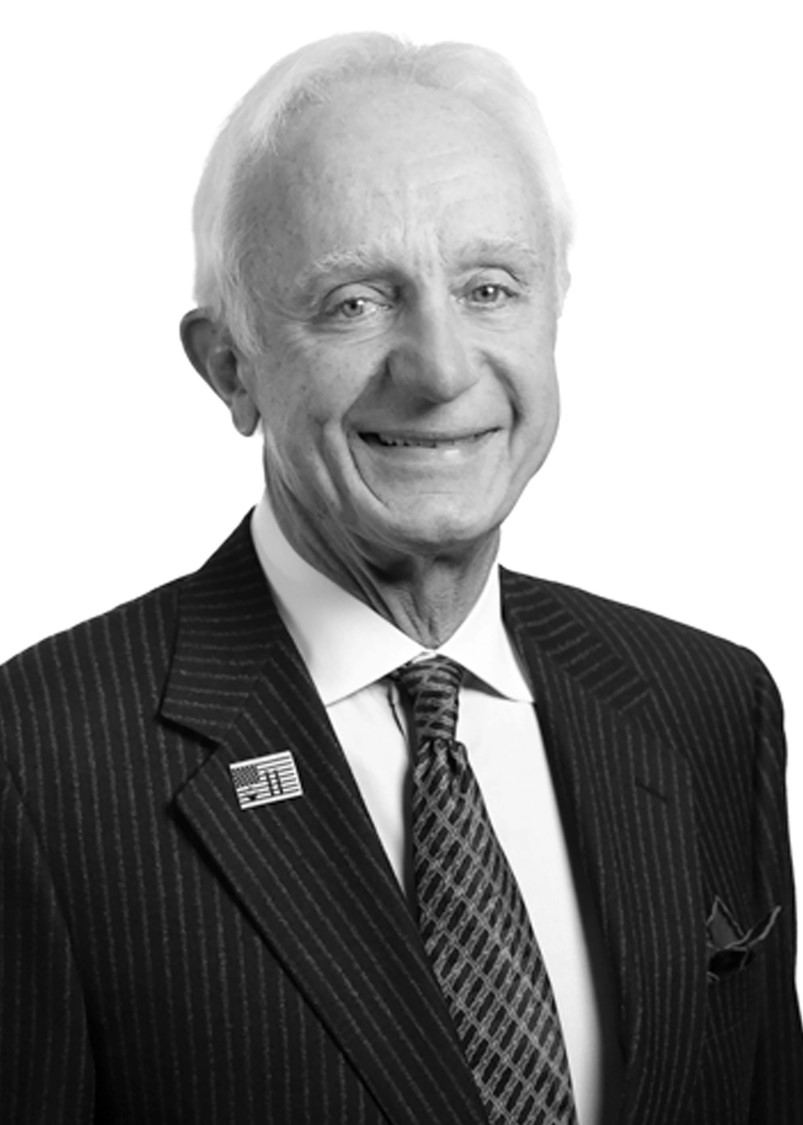 Prior to joining Rockefeller, Nick spent a decade at HighTower having joined from Morgan Stanley where he served as a Senior Vice President, Wealth Advisor and Senior Consultant with the ICS Group. Prior to this role, Nick spent 18 years at E.F. Hutton & Co. and began his career in the financial services industry in 1968 at F.I. DuPont & Co. His passion, vast financial background and professional experience allow him to create robust and specific financial plans in order to help clients achieve their long-term financial goals and objectives.

Nick was named in the Barron’s publication of the Top 1000 Advisors, specifically the #2 ranked Financial Advisor in Utah in 2013 and 2015. In addition, he was one of only four honorees selected to the 2015 Advisor Hall of Fame by Research Magazine. In order to be selected for this prestigious award, honorees must have served a minimum of 20 years in the financial industry, have acquired substantial assets under management, have demonstrated noteworthy client service and have earned recognition from their peers and the broader community for the honor that they reflect on their profession.

Nick was also honored on the Forbes Best-In-State Advisors List from 2017-2019.

Nick earned a B.A. in Banking and Finance from The University of Utah and remains an integral part of the university’s community by participating in numerous continuing education seminars and speaking engagements on campus. Nick is also involved in educational endeavors at The University of Pennsylvania’s Wharton School of Business, The University of Chicago and New York University. As a board member for the Greek Orthodox Diocese of America, Nick plays a vital role in the philanthropic efforts of the Greek Orthodox Community in Salt Lake City and across the nation. He is also an active member of the Investment Management Consultants Association (IMCA). 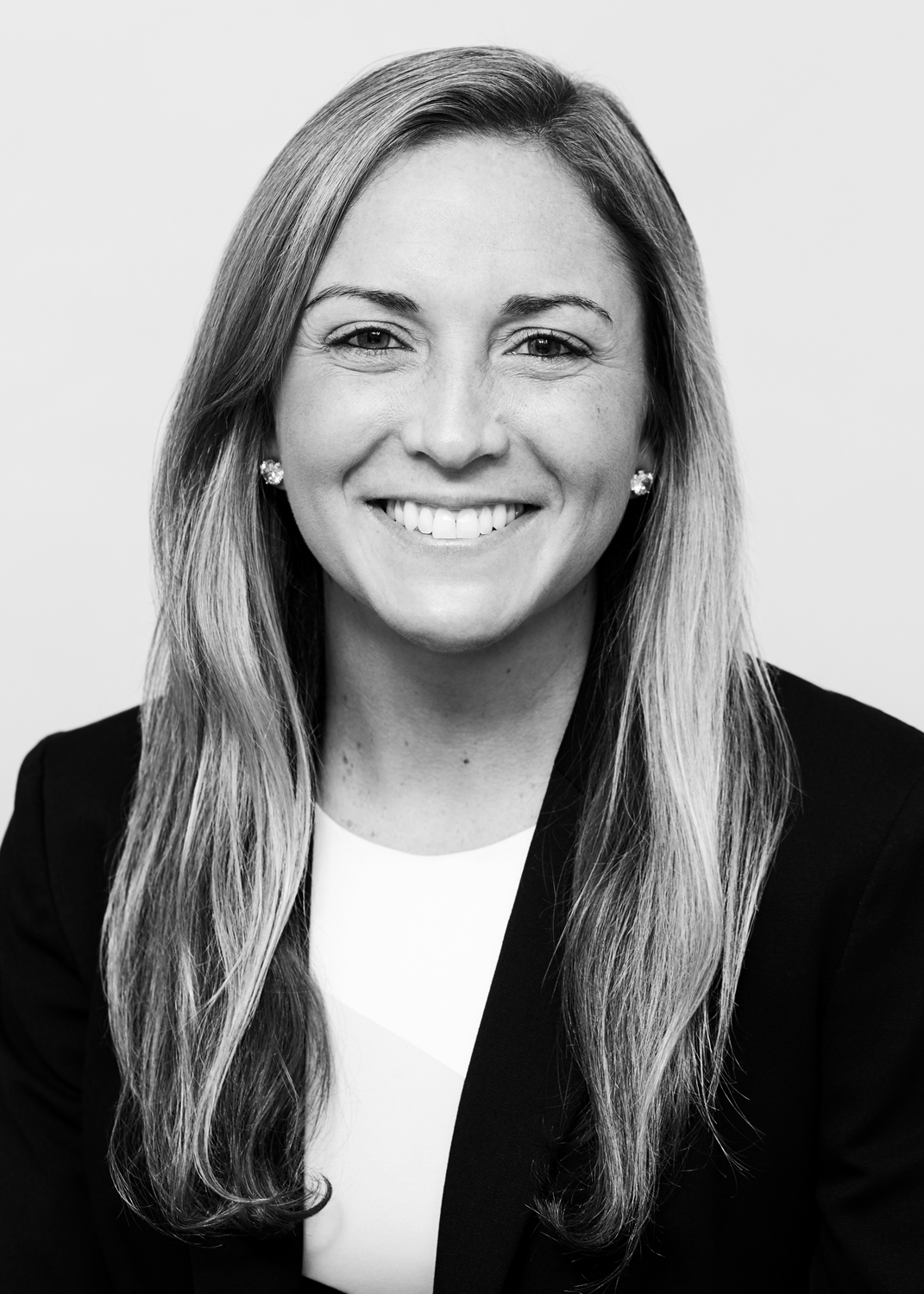 Christina, Vice President with Vios Advisors at Rockefeller Capital Management, joined the team in 2015. In her role, she focuses on conceptualizing and executing marketing and social media strategies for the team. Her diverse professional background includes experience in public relations, corporate communications and marketing strategy implementation.

Prior to joining Rockefeller, Christina was at HighTower. Previous to joining the team at HighTower, she worked as a Communications Manager for The New York State Thruway Authority and Canal Corporation where she specialized in media relations and communications.

Christina currently resides in New York City and enjoys running, playing soccer and hanging out with family and friends in her leisure.